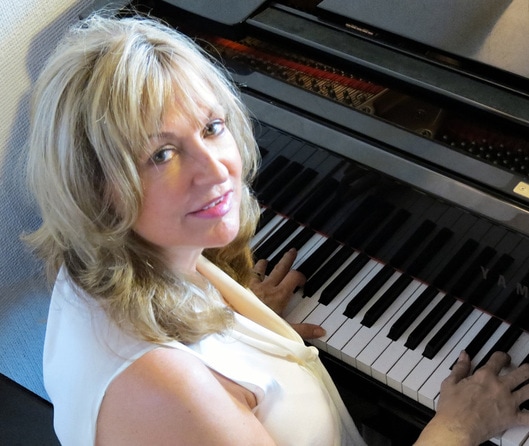 Author
Turning in the piano keys for alphabet keys, she used her professional musician experiences to write four books.
Love,Regret and Accidental Nudity: a collection of OMG moments sorted into six categories, was a finalist in the Humor Category of the 2014 International Book Awards. Prior to this memoir, Mariana penned the Veronica Bennett Series of romance, comedy,and accidental crime: Happy New Year, Darling, The Valentine State--a finalist in the 2014 Chick Lit category of International Book Award, and Stars or Stripes 4th of July, which won a 2011 Indie Excellence Book Award.


Mariana's life experiences as a musician and comedy agent prepared her for writing about Veronica, a club singer who is always falling into accidental crime, and naturally ready for love.  In 2003, Mariana traded the piano keys for alphabet keys and put her life experiences to paper, beginning with Happy New Year, Darling, The Valentine State, and Stars or Stripes 4th of July.  However, Mariana takes on topics more poignant than are generally found in chic lit. Addiction, and boundaries with teens and the challenge of monogamy are woven into each plot. Never preachy, always witty, all three novels end with a surprising dénouement.
The Valentine State 2014 International Book Award Finalist, Chick Lit
Stars or Stripes 4th of July, 2011 National Indie Excellence Award

Mariana lives in So. California with her Oscar-winning, songwriter husband Paul Williams and this mother of two fills the empty nest with two calico cats.  Mariana says, "I wanted to be a ballerina, but writing suits me. I can practice in bed with a bag of chips."

True stuff that happened, then I told it on stage, then wrote it down. Next comes the  opera. 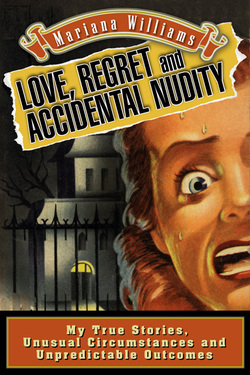 Click tiny line on left to check it out
_
Why do I suppose my life is fascinating enough to write about? Love? Hmm, as for   my mom, dad and myself, we’ve racked up thirteen marriages— romantic and certainly optimistic. Regret? Well, if embarrassing, eye-squinting, throat-closing, breathless, cringing describes it…I’ve got a few tales to tell, like budget plastic surgery and herding roaches at a party. Accidental nudity? My nudity is about as spontaneous as a space shuttle launch—even so, there’s still the unexpected.
Here's what people are saying about Love, Regret and Accidental Nudity.

“In many ways, reading Mariana is like living with her. You’ll find humor in the moment, joy in the memory, and you’ll be amazed at the courage and adaptability of her ‘one-talent-fits-any-skill’ approach to life. Pianist, vocalist, novelist, she’s always found a way to create. Accidental nudity? My attorneys have advised me to refrain from commenting.”                  —Paul Williams, Oscar-winning Hall of Fame Songwriter

"I enjoyed every minute of Love, Regret, and Accidental Nudity. You will laugh with her as she travels to exotic places, falls in love, and plays with grown-up girlfriends. A real winner!”
—Lee Pound, Author and Book Publisher

“Mariana’s latest goes straight to the heart…you’ll find yourself laughing through your tears."
—Darlene Quinn, Author of the International award-winning Web series 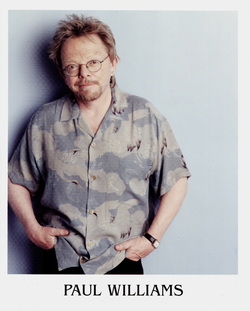 Paul Williams' documentary  "Still Alive" is available on  Netflix & iTunes, as well as the original song he penned for the film. Filmmaker Steve Kessler followed him around for over four years. (Yes, it was annoying, thanks for asking.)  But, the doc turned out great. (Sadly, I'm portrayed as an eye-rolling, bore.  But, my friends know the truth. I rarely roll my eyes.)

Paul co-wrote two of the songs on The 2013 Album of The Year, Daft Punk's 'Random Access Memories. As guest artist, he also sings "Touch."  Follow him on Twitter at @IMPaulWilliams.
Below is a pic of us at the Grammy's that night. Imaginary conversation, on the Red Carpet.  "Oh, Mariana, WHO are you wearing, and why did you grow out your bangs, girl??"  My answer. "I'm wearing one of the "new arrivals" from Ross. And if you have scissors on you, I'll cut some bangs right now."
On the right, two year passed and we are back at the Grammys 2017. Hotel bathroom selfie. C'mon, you do it too!
Share